Join Music Director Emanuele Andrizzi and internationally recognized opera expert Roger Pines as they go behind the scenes to explore Giacomo Puccini’s Il Tabarro (The Cloak). This one act opera is first of the trio of Puccini operas known as Il trittico and will be presented by the Opera Festival of Chicago in a live, digital performance on Monday, December 21 at 7 p.m.

Roger Pines, a familiar voice on the Metropolitan Opera broadcasts’ “Opera Quiz” since the 2005-06 season, is dramaturg at Lyric Opera of Chicago. Among the many roles he has filled at Lyric are program editor, commentator for the company’s live opening-night broadcasts (2010-18), and special lecturer/consultant for the Ryan Opera Center, Lyric’s young-artist program. Roger previously held positions at San Diego Opera, The Dallas Opera, and Glimmerglass Opera. A frequent lecturer, in recent seasons he has delivered presentations at San Francisco Opera, the Curtis Institute of Music, Chicago’s renowned Newberry Library and the Opera Department of the University of Texas at Austin. During the 2020-21 academic year Roger is teaching the Opera Repertoire course for the Bienen School of Music at Northwestern University

Educated in the rich musical tradition of the Rome’s Conservatory as a conductor, composer, and pianist, Emanuele Andrizzi, whose conducting has been praised as “admirable” by the Chicago Tribune and full of “spirit and thoughtfulness” by the San Diego Union Tribune, has become a versatile musician with a vast experience in the symphonic, operatic, choral, and ballet repertoires and a passion for the many areas of the musical arts. As a conductor, he has worked with various symphonic, operatic, and ballet companies and conducted, in the past several years, at the Lyric Opera of Chicago, San Diego Opera, Orchestra Filarmonica Marchigiana, Joffrey Ballet, Chicago Philharmonic, Orchestra della Città di Ravenna, Opera Theater of St. Louis, Cluj Symphony, Chicago Opera Theater, and New Philharmonic among others. In addition to being a passionate conductor, Emanuele is a dedicated educator. He has worked since 2013 as the Conductor and Head of the Orchestral Program at the prestigious Chicago College of Performing Arts at Roosevelt University, and as the Music Director of the McHenry County Youth Orchestras.

Viewers can see Behind the Scenes with Emanuele Andrizzi and Roger Pines on the Opera Festival of Chicago’s Facebook and YouTube Channels beginning November 21 at 7 p.m.

The Opera Festival of Chicago’s Behind the Scenes is presented in partnership with the Istituto Italiano di Cultura Chicago. 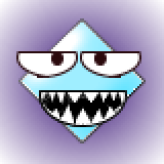