The Opera Festival of Chicago team are delighted to announce our new General Director, Robert Massey.

Robert joins us from Louisville where he was the CEO of the Louisville orchestra.

We are delighted to be welcoming him to our team, and look forward to a future in which he will play a central role in the organisation. 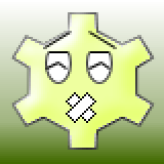 One of Puccini’s darkest and rarely heard operas, Il Tabarro is...