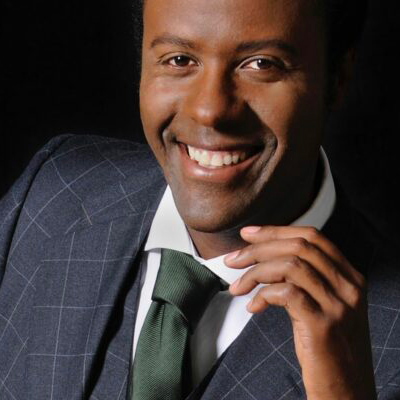 American tenor Kenneth Tarver is a past winner of the Metropolitan Opera National Council Auditions and was a member of the MET‘s Young Artist Development Program and later the ensemble of Staatstheater Stuttgart.
Renowned for his interpretations of the works of Mozart and Rossini, Tarver is a welcome guest at the major opera houses and concert venues in Europe and the US.

Recent highlights include a European tour with Così fan tutte and Teodor Currentzis, his Florestan (Fidelio) debut in Oulu, Finland, Mozart’s La finta giardiniera/Don Anchise at Aalto-Theater Essen, Don Giovanni/Don Ottavio with the Welsh National Opera with shows throughout the UK, Mozart’s Requiem with the Atlanta Symphony and, most recently, Nerone in Handel’s Agrippina at the Florida Grand Opera.